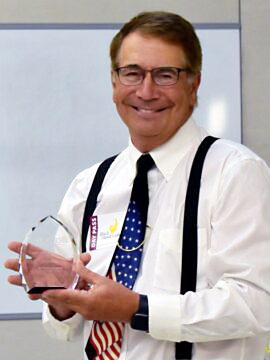 The Illinois Community College Trustees Association (ICCTA) named Marion Calmer, an East Campus graduate as a co-recipient of its 2020 Distinguished Alumnus Award. The association presented him with the award at the BHC Board of Trustees meeting in September.

Marion, an Alpha, Illinois resident, earned his BHC Associate in Applied Science in Agriculture Production Technology in 1978. He is the founder/owner/CEO of Calmer Corn Heads and president of Calmer’s Ag Research Center, the largest independently funded, farmer-run ag research center in the United States.

Other Black Hawk College ICCTA Distinguished Alumnus Award winners include Chad Pregracke, founder of Living Lands & Waters, who received the honor in 2007, and William Albracht, a retired special agent for the United States Secret Service who was a co-recipient in 2018.

He has been named one of agriculture's 25 most influential people, voted one of the 40 No-Till legends nationwide, and received the Public Image of Agriculture Award. Calmer has more than a dozen patents for harvesting technologies that have revolutionized how corn is grown and managed around the world. 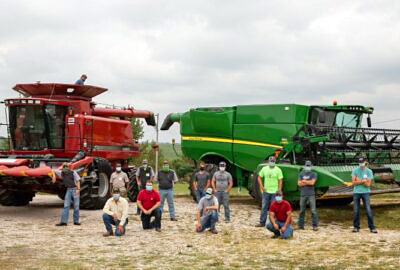 Calmer recognizes his Black Hawk College education as a key to his success, noting that with the knowledge of scientific protocol instilled in him at Black Hawk College, he went on to create Calmer's Ag Research Center.

"Black Hawk College instructors helped me recognize my inventive skills," he said. "The hands‐on approach I learned enabled me to dream bigger, which resulted in my revolutionary harvesting inventions. I will be forever thankful for my community college experience and education."

Calmer continues to give back to Black Hawk College. He has hosted annual harvest and safety seminars for BHC students since 1988 and is a generous, long-time supporter of the Black Hawk College East Foundation. His support has provided scholarships for students and program enrichment.

Learn more about Marion and his contributions to American Agriculture.

We are here to help. If you need more information, please contact us.

We are ready to assist you.

Get us in your inbox!

Share your e-mail address and and stay informed of news, events and more. 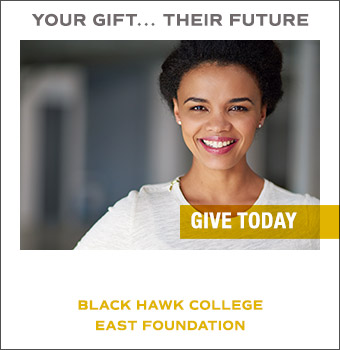